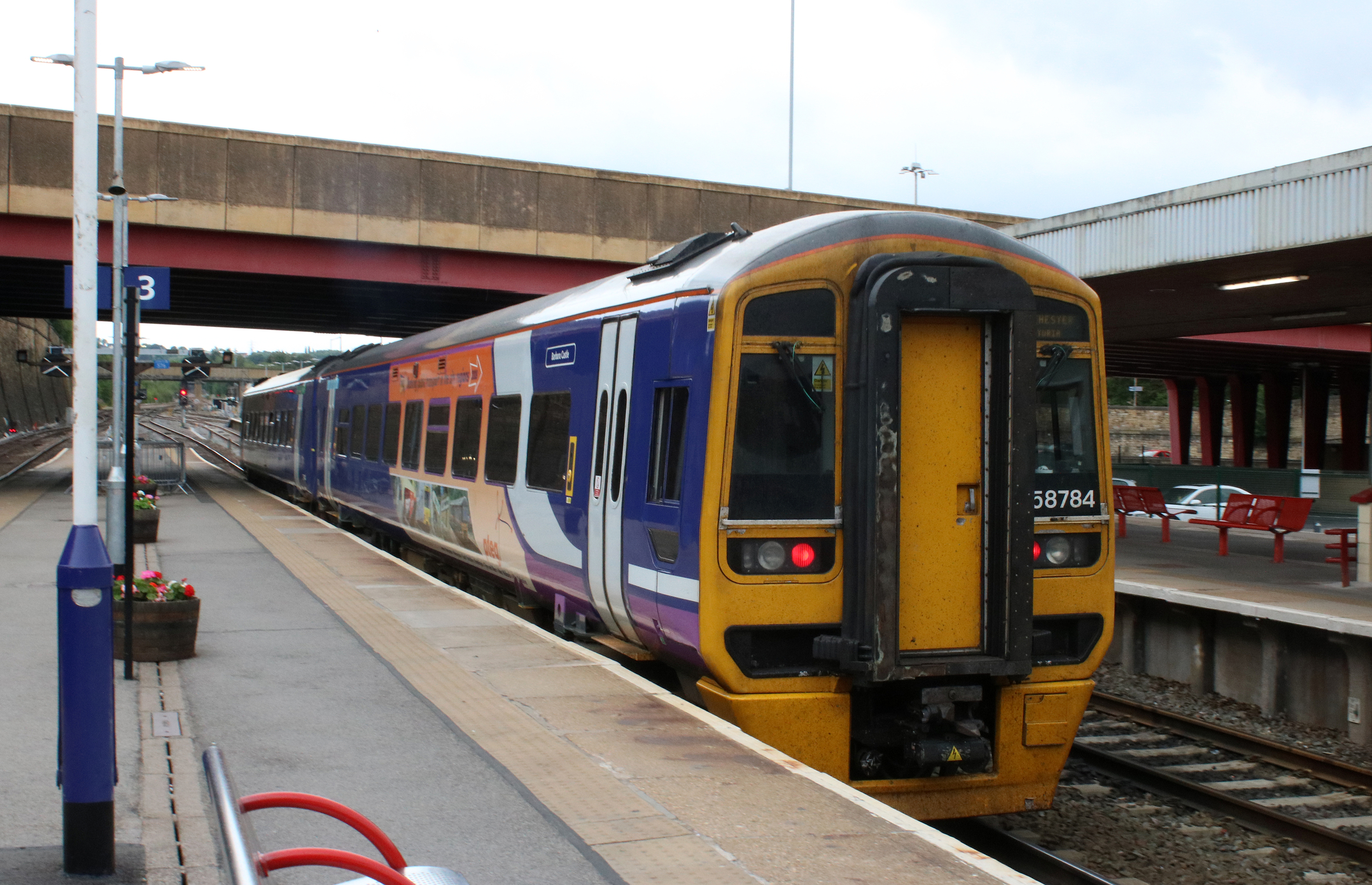 Ahead of the publication of the Government’s Integrated Rail Plan a study of thousands of British train journeys has found Bradford has the worst rail connections of any major British city.

The IRP will set out how major projects such as High Speed 2 (HS2), Northern Powerhouse Rail (NPR) and the Midlands Engine will be phased and connected and is expected to be published in the middle of November.

The analysis of the ‘People, Places, Policy and Data Unit’ looked at more than 3,000 real-life train journeys between 20 cities to find out which are best – and worst – connected.

The aim was not simply to count the number of services, but to give a true sense of the “real-life” speed of trains which people can take on weekday mornings and compare them with driving routes as part of the decision-making process which people go through when determining whether to travel by train or car.

The study used route plans from Google Maps to calculate the speed, in miles per hour, someone would have to drive to keep pace with inter-city train services on journeys between Britain’s major cities.

Bradford – despite being Britain’s seventh biggest city, and enjoying a central position on the UK map – finished bottom of the pile due to a lack of direct routes and slow connections on its underinvested lines. It has just four direct trains to London per day.

In the case of journeys from five British cities – Leeds, Sheffield, Liverpool, Nottingham, Stoke – someone driving to Bradford could keep pace with “fast” early-morning train services by travelling at less than 40mph.

Analysis of the economic case for a new station in Bradford, enabled for Northern Powerhouse Rail, by global infrastructure consultants Arup, found that the station would:

The study also illustrated the need to improve east west connectivity across the north with both Liverpool and Hull finishing inside the top five worst connected major cities in Britain.

London, not surprisingly, emerged as the best-connected city. For a majority of the other cities, a motorist would have to drive in excess of 80mph – often well in excess – to keep pace with a London-bound train.

Edinburgh was the second-best connected city, Nottingham joining Bradford and Hull in the bottom three places.

The findings may reflect historically London-centric public spending on rail. Treasury figures show that over the past five years, London has seen an annual average of £743 per head of public funds spent on rail. Yorkshire and the Humber – which includes Bradford and Hull – has received just £142 a head.

For each route, we looked at the first eight Monday morning services departing after 5am. We then extracted the two slowest services – to exclude slower trains that commuters and other passengers could reasonably choose to avoid.

We took an average of the two fastest services to give us our “official” train time for each of the routes – for example, Manchester to London (131 minutes), or Leeds to Brighton (230.5 minutes).

We then used Google Maps’ route planner function to find the road distance, in miles, between each pair of stations, using the fastest driving route. From this we worked out how fast you would have to drive, in miles per hour, to keep pace with the train.

For journeys starting in five of the 19 other cities, travelling to Bradford required the slowest driving speed to keep pace with the train. These were Sheffield, Leeds, Manchester, Glasgow and Liverpool. Sheffield to Bradford journeys could be matched by a motorist travelling at 32.5mph, and Leeds to Bradford at 34.3mph.

The same pattern emerged in journeys starting from Bradford. A motorist travelling from Bradford Interchange station to 14 of the other 19 cities would beat the train by maintaining an average speed of less than 50mph.

That was the worst performance in the study: for journeys from Nottingham station, a motorist travelling at 50mph would beat the train to 11 other cities; from Hull, nine; and from London and Edinburgh, zero.

For each city, we then listed all the others and ranked them (from best to worst) in terms of the average speed a motorist would have to go to keep pace with the train.

On average, Bradford figured in 16th place on the other city’s lists. This was the lowest average rank, making Bradford the worst-connected city overall. Hull and Nottingham were the next worst, with Nottingham suffering from a high number of commuter stations slowing down its inter-city connections.

The prohibitively slow train speeds might explain why, of the nearly 30,000 people commuting daily from Bradford to Leeds, three times as many take the car as the train.

If the UK is to achieve its objectives to cut carbon emissions, then it is important to make rail journeys competitive with car journeys in terms of ease of accessibility and time taken in order to take more cars off the road.

As the Government is considering plans for the Integrated Rail Plan while hosting the UN’s Climate Change Conference, COP26, the official website for the UK’s hosting of COP26 tells us: “Road transport accounts for 10% of global emissions, and its emissions are rising faster than those of any other sector.”

The Department for Transport’s latest transport and environment statistics showed that transport produced 27% of the UK’s total carbon emissions in 2019.

Henri Murison, director of the Northern Powerhouse Partnership, said: “It’s a huge economic failure that Bradford, despite being sandwiched between the north’s two biggest cities, remains cut off from opportunities and growth due to its poor transport connectivity.

“Bradford has all ingredients for a thriving city: a young, diverse population, world-class universities on its doorstep and ambitious local leadership – but its productivity stands at around 70% of the national average. Cities like Manchester need their talent in order to grow a labour market to match that of London and the south east.

“The Integrated Rail Plan is the government’s chance to change that and to deliver on its promises to level up the north.

“We need a stop in Bradford on the new Northern Powerhouse Rail line between Manchester and Leeds, as well as full delivery of HS2, including the Eastern Leg, to bring jobs, investment and opportunities to people here.”

William Doyle MRICS, CEO of rail construction data firm, Raildiary, said: “The Integrated Rail Plan provides an opportunity to address decades of underinvestment in rail infrastructure in the north and midlands with Treasury spending figures showing total annual public expenditure on rail in the north remains less than a third of rail expenditure in the south.

“This analysis shows that major cities in the north are among the worst connected major cities in the UK. While Northern Powerhouse Rail will revolutionise the life, work and leisure opportunities available to people and businesses across the north of England it is true to say that the city which will be most transformed by these better rail connections is Bradford.

“It is imperative that when it is published the Integrated Rail Plan address the connectivity challenges faced by Bradford as the worst connected major city in the UK and enables us to unleash the potential of Britain’s seventh largest major city.”

The Conservative MP for Shipley, Philip Davies, said: “Northern Powerhouse Rail is absolutely vital for the economy of the North and to deliver on the Government’s levelling up agenda. A station on the NPR line in Bradford is also crucial for the local economy in the Bradford district.  A city the size of Bradford needs much better rail connections and this is the perfect opportunity to address this – and ensure the Bradford district can thrive economically in the future.”

The Labour MP for Bradford South, Judith Cummins said: “This research shows that Bradford has the worst rail connections of any major city in the country. It really is time for the government to realise that they cannot level up the North without connecting Bradford.

“It is time for the government to finally act and invest in our transport infrastructure in Bradford and across the North, which must include Northern Powerhouse Rail with a city centre stop in Bradford.”

Here is the full list of cities ranked from best to worst connected cities. The figure in brackets is the city’s average rank as a destination from the other 19 cities.

1 Train times were sourced from thetrainline.com between pairs of cities on a Monday morning in late November. For each pair of cities, we recorded the duration of the first eight services, then took the quickest two for analysis (to eliminate slower, multi-stop services that commuters could reasonably choose to avoid). Where the two fastest times had a different duration, we used the average as the “official” travel time between the cities.

2 Driving distances between pairs of cities were calculated using Google Maps’ routeplanner. We took the fastest route between stations under normal driving conditions. The stations used for this analysis were always appropriate to the journey (e.g. Manchester Piccadilly to London Euston, but Manchester Victoria to Leeds).

3 The full data, including the crosstable, is available as a Google spreadsheet here: https://docs.google.com/spreadsheets/d/1FLV0aLSEIwziU8sGKLgVgw2tUB8Lki15GES7fL5vF_s/edit?usp=sharing