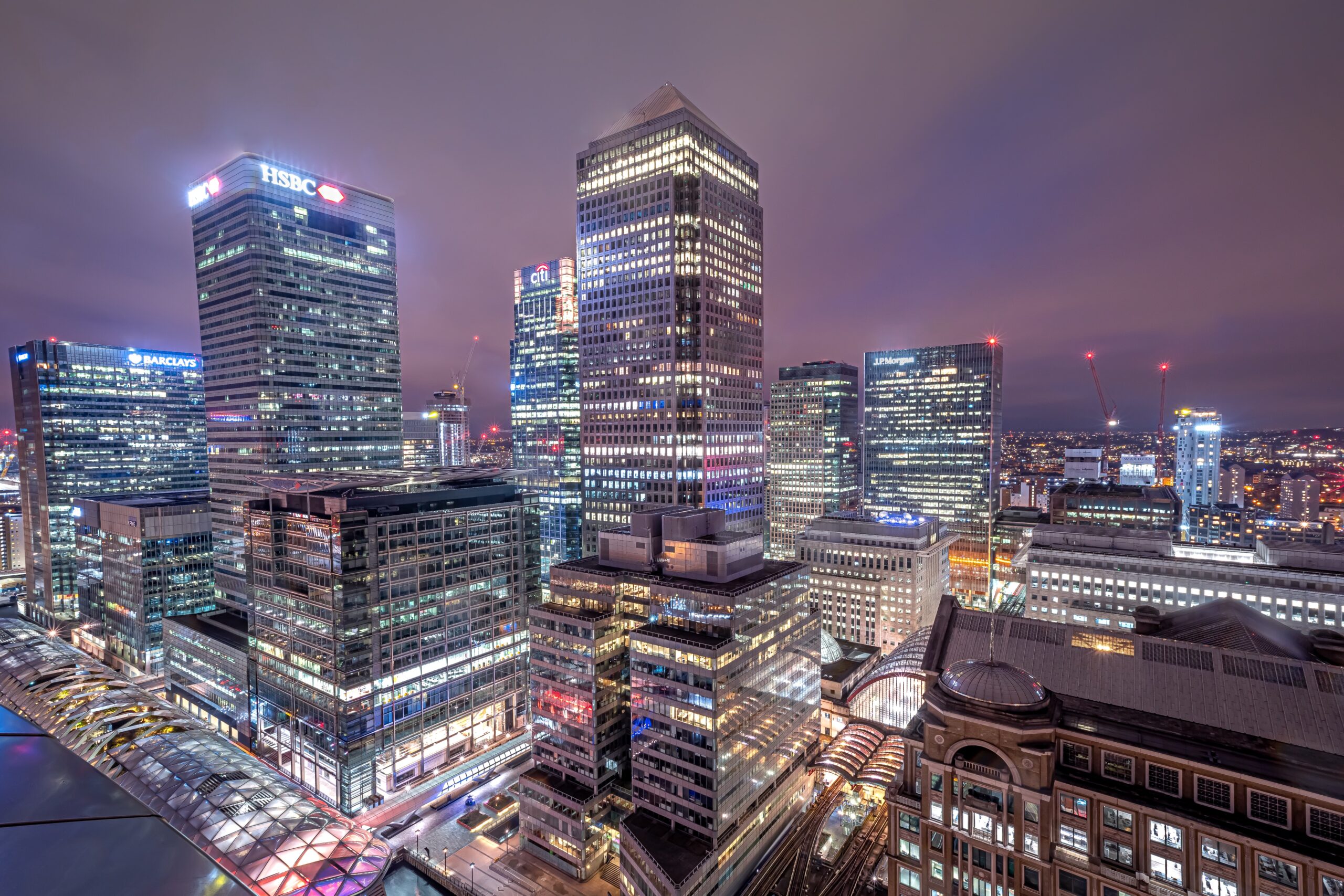 People don’t have to go to university to be successful.

People don’t have to live in London to be successful.

However, having crunched the data, Be The Best Communications can reveal that the new generation of Britain’s tech entrepreneurs are overwhelmingly choosing to do both – go to university and base themselves in London and the South East.

We have analysed the academic backgrounds of the 100 richest tech entrepreneurs in The Telegraph’s ‘Tech Hot 100’, and the 250 richest people in the The Sunday Times Rich List for 2021. The latter, which released its latest iteration in May 2021, found 171 billionaires in the UK – more than at any point in the country’s history.

The Telegraph’s list was chosen as it is an up-to-date reflection of the most successful finance and tech entrepreneurs in Britain today. We were able to find a complete profile of all 100 entrepreneurs on the list, finding out where they went to university through LinkedIn, company profiles or media interviews.

Exactly 90% of millionaires in the Tech Hot 100 base themselves in London and the South East. Almost one third of those (33%) graduated at universities outside of London but just one – the automotive entrepreneur Neill Briggs.

Seven entrepreneurs studied at universities in the North of England. With Neill’s firm Briggs Automotive Company being the sole representative to develop his business in the north – in Speke in Liverpool.

How significant a problem is this, and in keeping with the Government’s levelling up agenda, how can the rest of the UK capitalise on the wave of investment currently sweeping UK tech?

The size of the prize: the importance of Britain’s tech entrepreneurs

Tech companies are now among the largest wealth creators and drivers of growth in the world economy. Seven of the ten richest people in the world are tech entrepreneurs.

The majority of these tech companies are based in the US. However, Britain is carving out a reputation as Europe’s hub for tech entrepreneurship.

Collectively Britain’s tech sector is valued at $585bn overall, with $15bn in venture capitalist funding being raised by UK firms per year according to Dealroom.

With the richest entrepreneurs on the Telegraph’s Hot 100 list worth a combined £8.5 billion – there is a significant prize on offer for the cities and regions of Britain that can attract and retain these entrepreneurs.

Most Tech Entrepreneurs are Degree Educated

Almost all of the UK’s most successful entrepreneurs on the Tech Hot 100 list went to university. Nine in ten of the entrepreneurs have a degree. Nik Storonsky, who founded Revolut in 2015 tops the Hot 100 list with a personal net worth of £1.06 billion. Storonsky studied in his native Russia before moving to London and eventually becoming the country’s first fintech billionaire.

Interestingly, two of the top five dropped out of their studies. Gymshark’s Ben Francis left a business and management degree at Aston University to focus on developing his company, and TransferWise’s co-founder Taavet Hinrikus dropped out of Tallinn University of Technology to join Skype when it first launched in 2003.

Among those is Rishi Khosla – the fourth-ranked entrepreneur worth £750m. With a BSc in Economics from UCL, Khlosla met his business partner, Joel Perlman while studying a Masters in accountancy and finance at LSE.The two went on to set-up OakNorth Bank in 2013, which recently added former Chancellor Phillip Hammond to the payroll.

As one might expect, business and economics degrees were popular among those in the Hot 100 – with almost a quarter (23 entrepreneurs) studying an economics/finance Masters or an MBA.

Research from the Forte Foundation estimates that an MBA can increase a candidate’s salary by as much as 65% after five years of graduation which can help entrepreneurs to accumulate enough wealth to start their own business.

Just over one in ten (12%) of entrepreneurs on the Hot 100 list with a degree studied at either Oxford or Cambridge universities, compared with almost a quarter of the Sunday Times Rich List. In total 63 different institutions have alumni in the Hot 100, including 24 in the UK.

The University of Manchester was the third most popular choice for tech entrepreneurs after Oxbridge, with four graduates among the tech elite. Welsh pharmatech entrepreneur Andrew Hopkins, who revolutionised the use of AI in drug discovery, studied chemistry in Manchester in the early 1990s.

The diversity of universities which are producing tech millionaires is encouraging. This shows that you don’t need to have studied at either of the UK’s elite universities to become a successful tech entrepreneur.

The Hot 100 list excludes the meteoric rise of 26-year-old Johnny Boufarhat, who was recently named the UK’s youngest billionaire, graduated from Manchester in 2013 with an engineering degree. Boufarhat founded virtual events platform Hopin in 2018, and profited from the pandemic-induced surge in demand for video conferencing.

Want to start a tech unicorn? Move to London

Although we can see more diversity reflected in the academic background of Britain’s tech entrepreneurs, there is one common pattern: 90 entrepreneurs listed in the Hot 100 are based in London or South East England.

Naturally, London’s place as a global financial capital helps nurture fintech growth with the next generation of entrepreneurs. The Global Startup Ecosystem Report by Startup Genome ranked London as the second-best location for new ventures, just behind Silicon Valley and on a par with New York with an estimated value of $92bn.

Analysis by Dealroom reveals that there are now 91 ‘unicorn’ companies – tech firms valued at $1bn or more – 83 of those are based in London.

With such a vibrant start-up scene emerging in the capital, it does raise questions about how other cities in the UK can benefit from the immense growth of London’s start-up scene.

Analysis – How can the rest of the UK close the start-up gap from London?

Our analysis of the Telegraph’s Tech Hot 100 shows that entrepreneurs come from a range of backgrounds and have studied all over the UK.

However, talent isn’t being retained at the highest level, with entrepreneurs drawn towards the many advantages and connections offered by Canary Wharf and the Square Mile.

For many businesses outside of London infrastructure is a barrier. Transport spending in London is two and a half times higher than in the North of England. Ambitious projects like High Speed Two and Northern Powerhouse Rail seek to rectify this, but remain decades away from seeing tangible benefits to the economy.

London naturally benefits from a larger pool of talent with higher salaries. The median yearly pay in London is £41,000 p/a, and this rises to £47,000 p/a for software developers. Here in Manchester, the median salary is around £29,500 p/a, with software developers earning just under £34,000 p/a.

London start-ups have a big advantage when it comes to incubator and accelerator programmes.

Companies like Revolut have benefited directly from accelerators like Level 39, which house themselves in the offices of Canary Wharf specifically to nurture and drive venture capital funding to the next high-growth start-up. A government-commissioned report from 2017 found that the capital has more than half (51%) of all start-up accelerators in the UK – with just 6% in the North West.

There is some hope for the regions. The Global Startup Ecosystem report named the Manchester-Liverpool tech cluster among its 100 emerging ecosystems, with a total value of $9.2bn. The list also cited Edinburgh-Glasgow, Birmingham and Durham as emerging ecosystems.

However, if these economies are to thrive, cities should take advantage of the diversity of industry so that each city can develop startup ecosystems in their sectors of expertise.

Charlie Hoult, chair of Dynamo North East points out that “every city wants to be a tech start-up hub, but enabling cities to fund and build specialist startup ecosystems will increase the quality, quantity and diversity of Britain’s tech expertise and increase the quality and diversity of regional economies. If these cities become global hubs for specific areas like payment processing, construction, cloud computing – areas where the North East is particularly strong, they are more likely to attract and retain graduates”.

If the rest of the UK wants to earn a share of this future economic growth which is driving global wealth then they too will need to cultivate a strong startup ecosystem.

Tom Arnold, Research Associate at the Heseltine Institute for Public Policy, Practice and Place at the University of Liverpool argues that these places will need additional local powers to support this growth, as elected metro mayors and combined authorities across England currently have limited powers to attract entrepreneurs and investors.

He argues that “if the government is serious about ‘levelling up’ and reducing regional inequalities, local leaders should be given more power and resources to attract new business and particularly increase capacity to support local firms in accessing innovation funding.

“Moving parts of some government departments out of London is a start but local and regional institutions also need to be empowered to develop ecosystems around the sectors with the most potential to grow and provide good jobs over the coming years.”

The vast majority of start-up ecosystems across the world, even the most successful ones, also need to find ways to support their citizens to take advantage of new economic opportunities, advances in technology and funding to create that next unicorn company.

Chris Walker, director of Be The Best Communications, said: “Technology is changing our lives, our businesses and our world faster than at any point in the history of civilisation. As a result of this, tech companies are now the world’s largest drivers of economic growth.

“Analysis shows that the majority of the tech innovation which is responsible for this growth is being created in startup ecosystems, which are heavily concentrated in geographic clusters.

“Our research provides strong evidence on the concentration of tech companies and tech wealth in Britain. While there are hugely successful tech companies like Boohoo, AO World, and others based in the north of England, the analysis shows that Britain’s cities and regions are not currently doing enough to create world-class start-up ecosystems.

“The USA has 14 cities in last year’s Startup Genomes Global Startup Ecosystem Report, China has five, and countries with similar sized or smaller populations than the UK such as Canada, Germany and Australia have either two or three cities in the top 30.

“Last month Boris pledged to level up the UK so that people no longer need to move to cities to find well-paying work. While that is a very nice intention, our research shows that Britain still very much suffers from a brain drain to London as the city’s startup ecosystem is so strong.

“Part of the government’s levelling up agenda should be to develop and promote the entire UK as a global startup and tech powerhouse in a way that promotes the strength of the sector specialisms in each city region. The Premier League in England offers a model for success for Britain’s startup ecosystems. By creating a strong, well-funded football ecosystem the Premier League has grown to dominate the European football market.

Increasing the strength and value of a whole ecosystem means that Britain’s regional cities could compete with European cities in the way that the fourth and fifth most successful Premier League clubs in England compete with the champions of other European leagues.”