Having secured national and regional media coverage about the transformation of Altrincham, Be The Best Communications, created a brochure for Trafford Council to take to MIPIM and to tell investors, developers, Central Government and businesses looking to locate themselves in the north about the town’s rich history and bright future.

In 2010 Altrincham was labelled Britain’s biggest ghost-town after it was revealed that it had the worst shop vacancy rate in the UK with more than 30% of stores lying empty.

In partnership with the community and private sector partners, Trafford Council was determined to reinvigorate Altrincham and create a modern, 21st Century market town.

A town built on its heritage and history, but focused firmly on the future.

Trafford Council, along with its partners, knew it needed to reawaken Altrincham’s identity and character in order to restore local pride in the town, and create a vibrant place where small independent businesses could thrive alongside high street chains.

The results have been staggering. 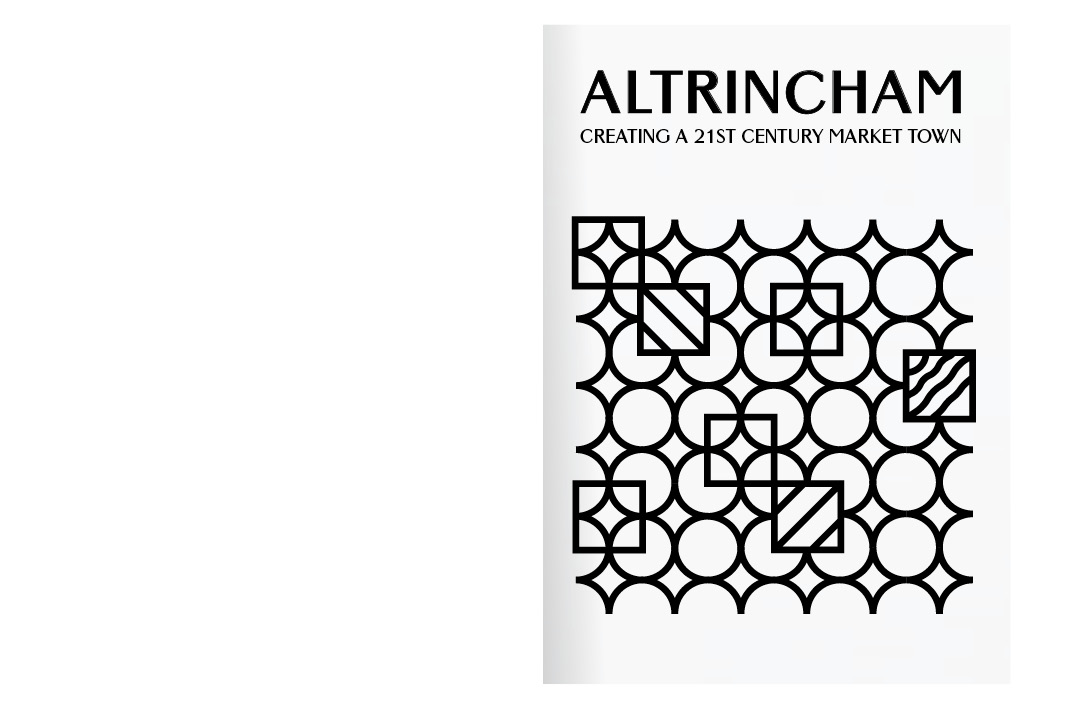 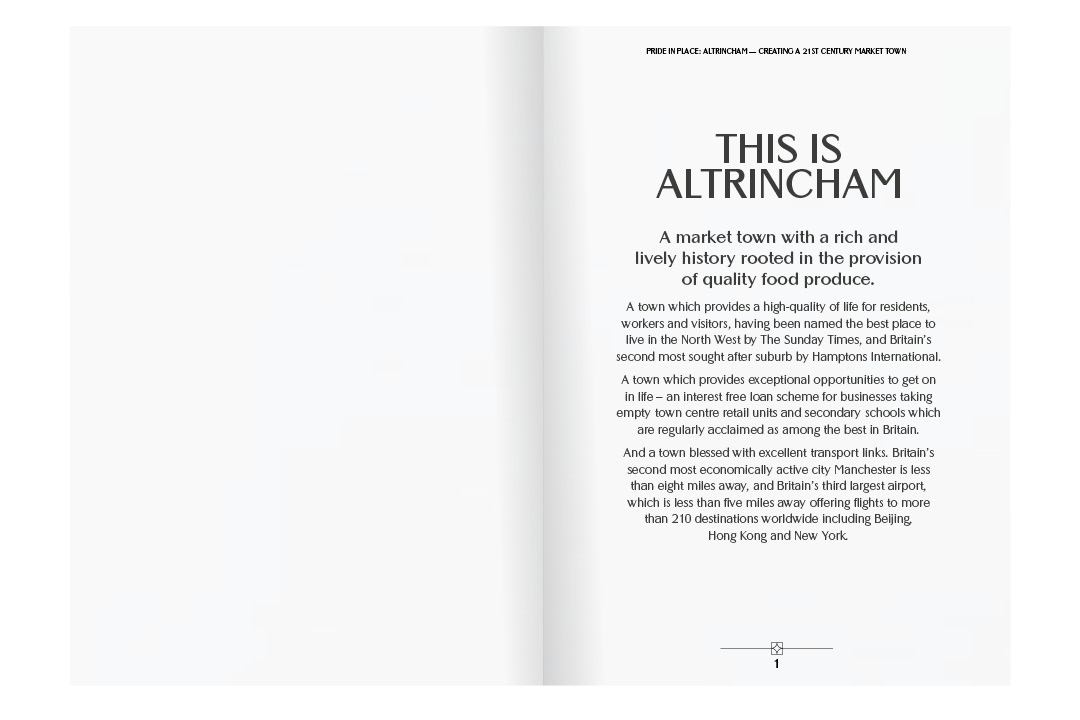 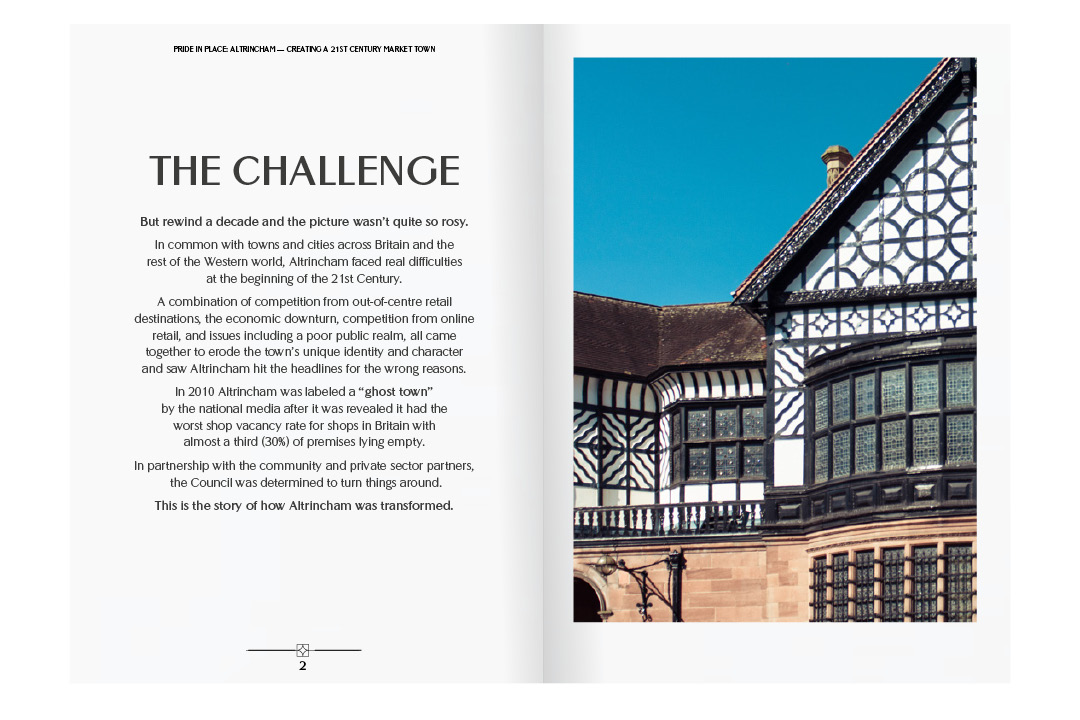 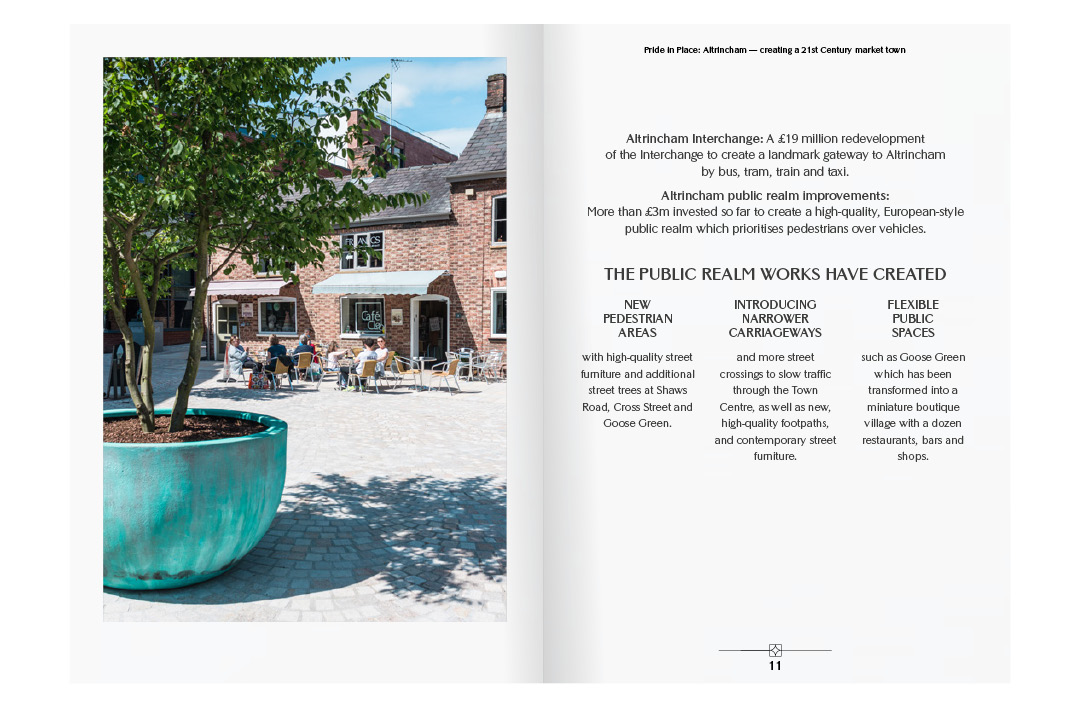 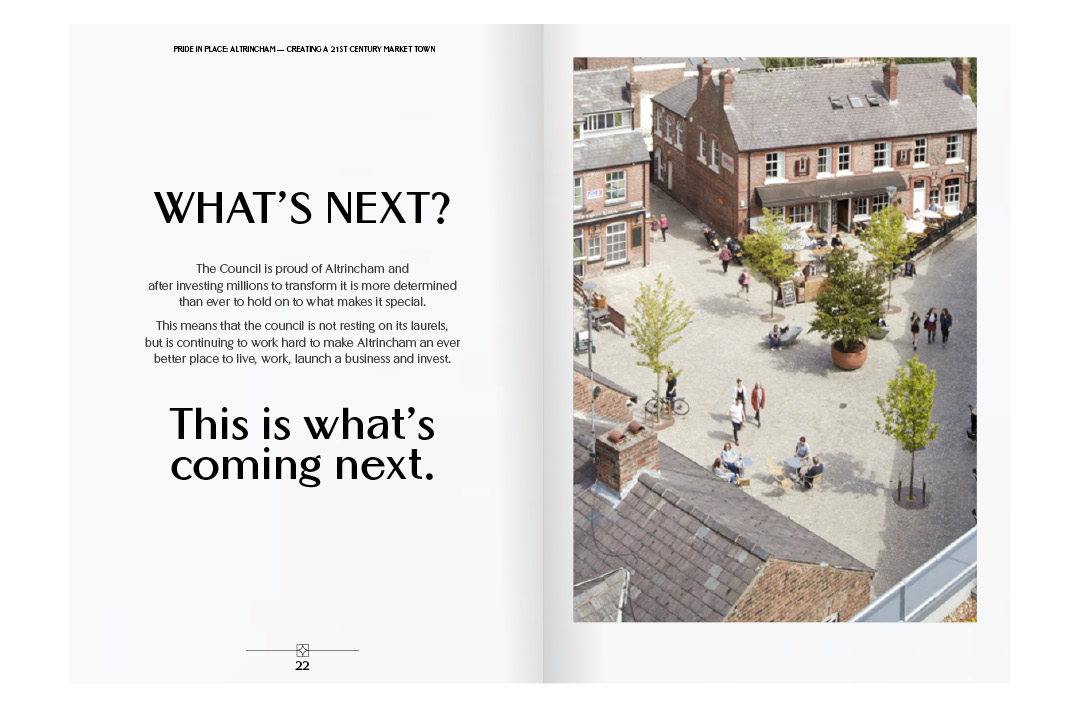 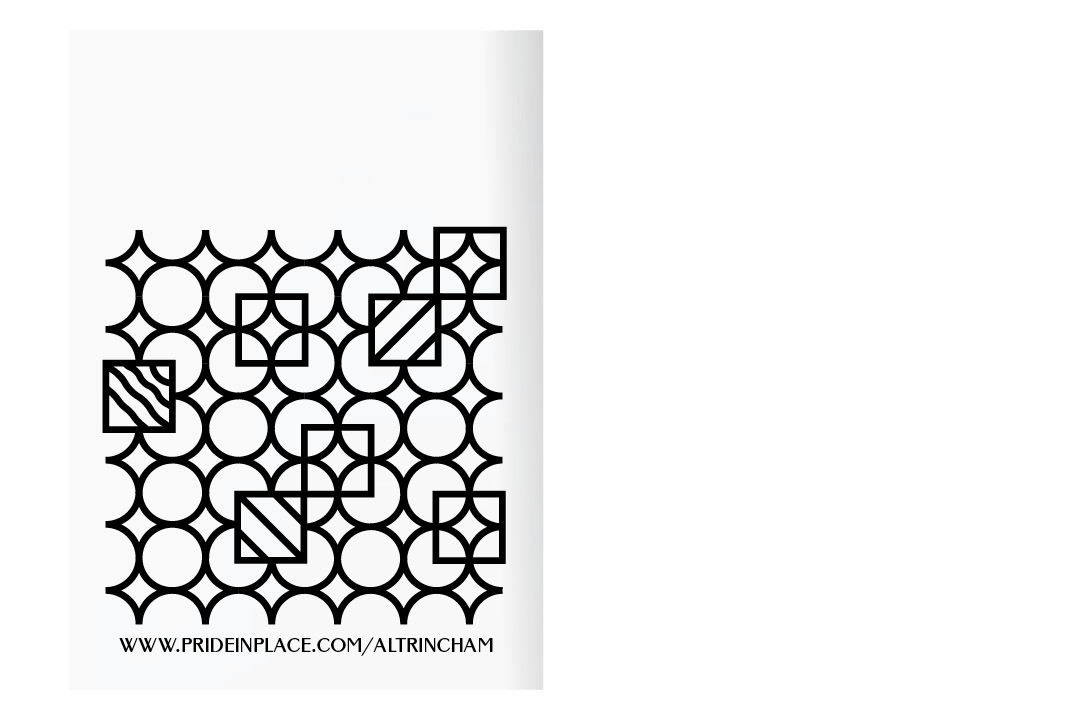