Include is one of Europe’s most highly regarded tech companies.

Croatian tech prodigy Ivan Mrvos, CEO of Include, created the revolutionary smart street benches while still at high school and has now sold more than 1,300 smart benches in 51 countries across the world.

In 2019 Forbes magazine ranked Mrvos as one of Europe’s top 30 talents under 30-years of age and the company already counts Coca Cola, Red Bull, BP, Nokia and Kia among its customers.

Include appointed Be The Best Communications to deliver PR and stakeholder engagement to help fuel their ambitious plans to be the largest provider of smart benches in the UK.

Be The Best Communications worked with Include to create a compelling story for the launch of the tech company’s London office by launching the firm’s first UK office on Brexit Day.

The Brexit Day launch helped to demonstrate Include’s confidence in the UK market post-Brexit, and secured strong international media coverage in the UK and Croatia including pieces in the Mail Online, and target sector media such as PlaceTech and Business Cloud.

In Croatia, Include was invited to attend the British Embassy on Brexit Day.

Include’s Chief Marketing Officer, Zeljko Riha, said: “In a very short space of time Be The Best Communications were able to understand our company, our ambitions and our vision of want we want to achieve.

“Be The Best Communications really impressed us with the idea to launch our UK office on Brexit Day and we’re excited about working with them on our ambitious plans to develop our business in the UK.” 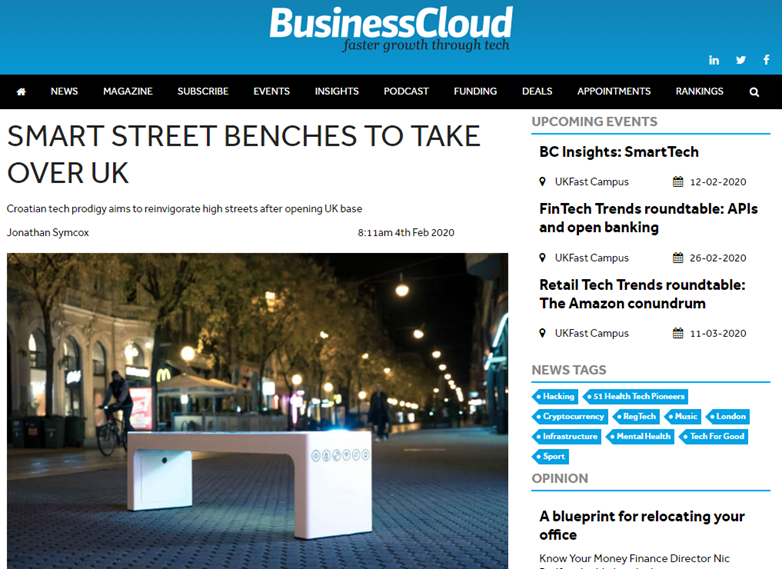 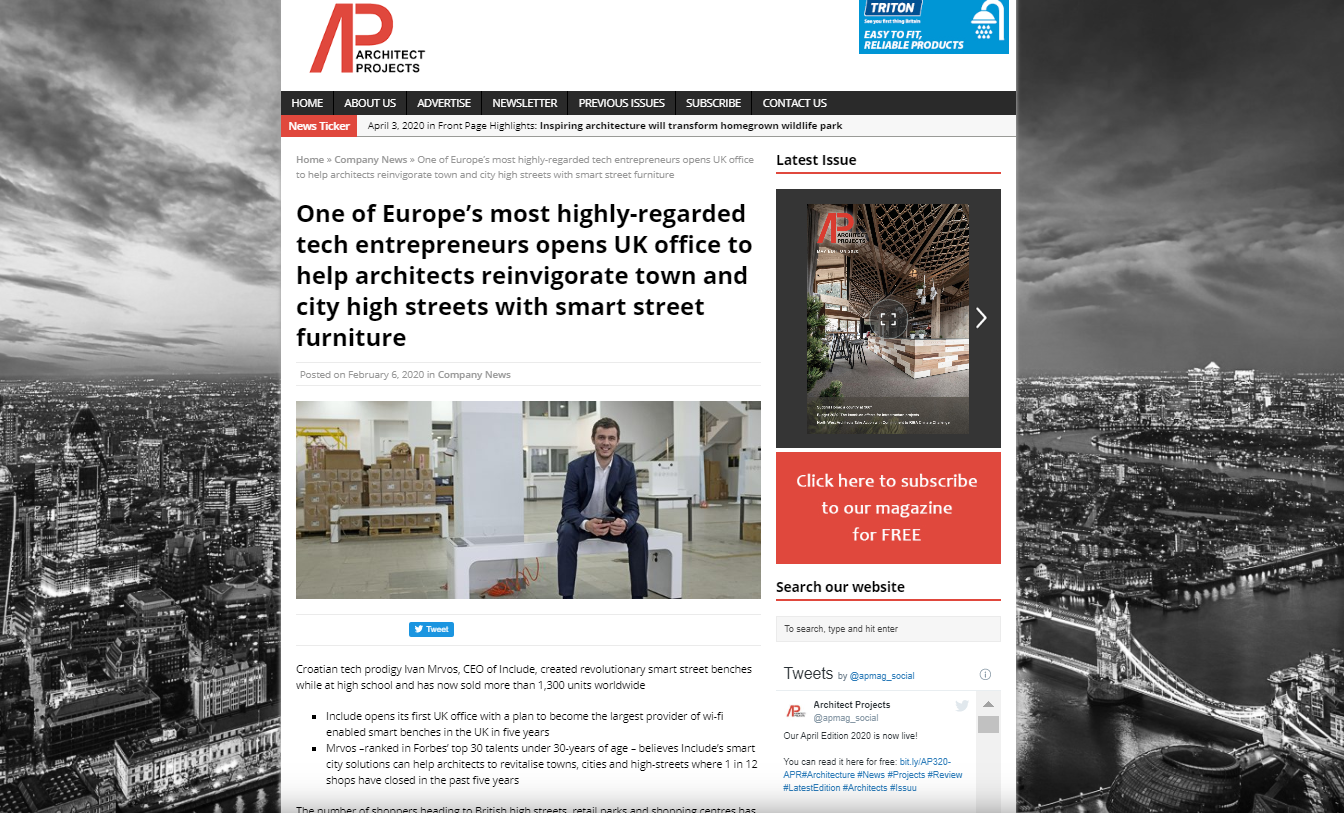 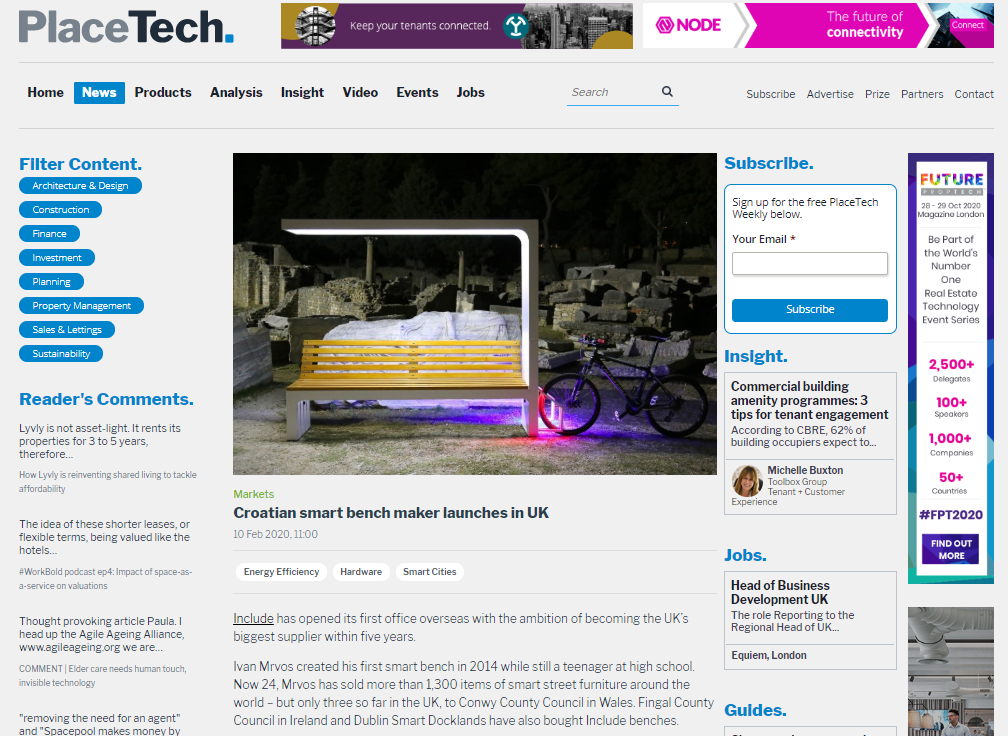 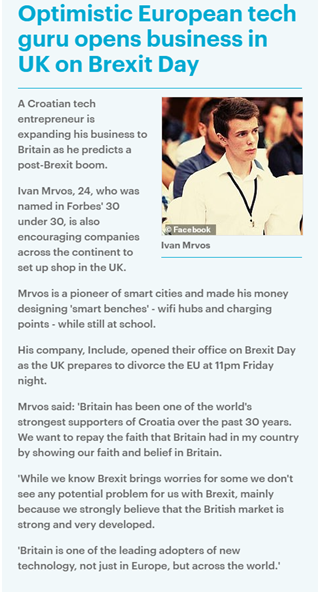 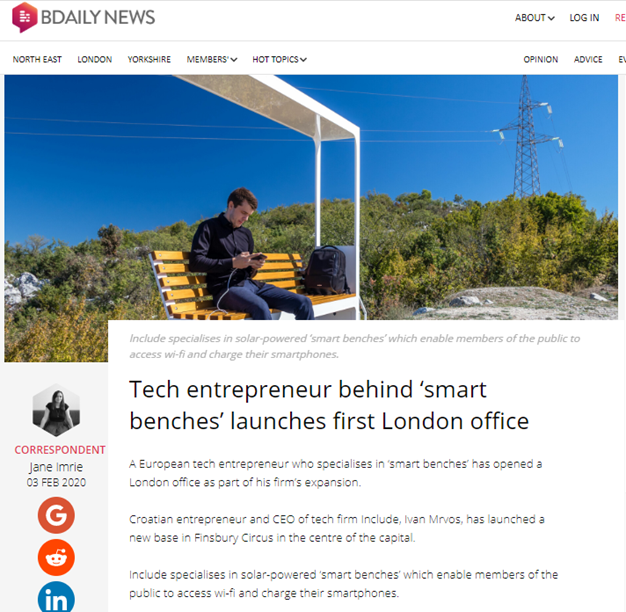